“One of the great legends in the golden age of burlesque” passed on in their Las Vegas apartment earlier this week. Tempest Storm, who starred in early Russ Meyer films, was well known as being a fiery redhead and an icon in the burlesque community. She was 93 at the time of her death.

Storm had been in an ongoing war with dementia that lasted for the last few months. She was under round-the-clock care until her death after complications with a hip surgery on April 8th that had left her health in dire straits.

"She was the last of the great legends in the golden age of burlesque," added her longtime friend and business partner Harvey Robbins. "She was perhaps the biggest of all." 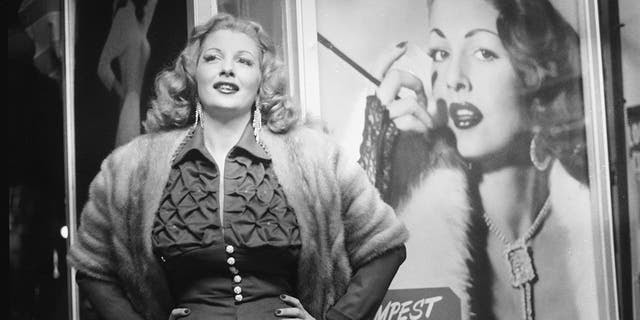 Born Annie Blanche Banks in 1928, Storm left home in the seventh grade and moved to Hollywood at the ripe age of 15 to pursue a career. Working as a waitress, a customer suggested she’d make money as a striptease performer. She got an audition with Follies Theater by 1951 and had to choose a stage name — either Sunny Day or Tempest Storm.

"Well, I said, I guess it might as well be Tempest Storm," she said.

Storm took the burlesque world by storm and by 1956 was the highest-paid performer ever with a 10-year contract at $100,000 at the Bryan-Engels burlesque production company.

She eventually took on the film world, scoring a role alongside Bettie Page in Irving Klaw’s 1955 film, "Teaserama."

"Elvis the Pelvis," she told a local news outlet in 2013. "It was 1956. I was appearing at The Dunes Hotel in Las Vegas, which is now the Bellagio. We had a burlesque review and he came to see the show. He came over and sat down — he had the most beautiful eyes — and we got into a relationship and it was absolutely fantastic. He was a real Southern gentleman. Very polite."

As for JFK, their alleged fling started before he became president.

"I met him in 1957 when he was a senator," she said. "It was a great relationship. He was a great man in his politics and everything. I hadn’t seen him for years, and the last time I saw him, I said, ‘You’re going to be president,’ and he said, ‘I hope you’re right!’ "

Next President Biden Said It Is Every American's Moral Obligation To Do This...

Sign up for our daily email and get the stories everyone is talking about.

Chris Pratt Spills His Guts All Over The Haters

At Least 10 Dead In Missile Strike On Crowded Shopping Mall

22 Mysteriously Die In A Club Without Injuries

Sign up for our daily email and get the stories everyone is talking about.

Something Really STINKS About This Common Criminal