A topless woman was seen on the streets of Windsor, England causing complete mayhem during Prince Phillip’s funeral. She was reportedly arrested for her streak through the procession. The woman allegedly jumped and rode on a statue of Queen Victoria outside of Windsor Castle, where the Duke of Edinburgh's funeral took place on Saturday.

Officers can be seen removing the woman, who has not been identified at this time. She was shouting “save the Planet” just after the minute’s silence for the Duke of Edinburgh while exposing her breasts without wearing a shirt. 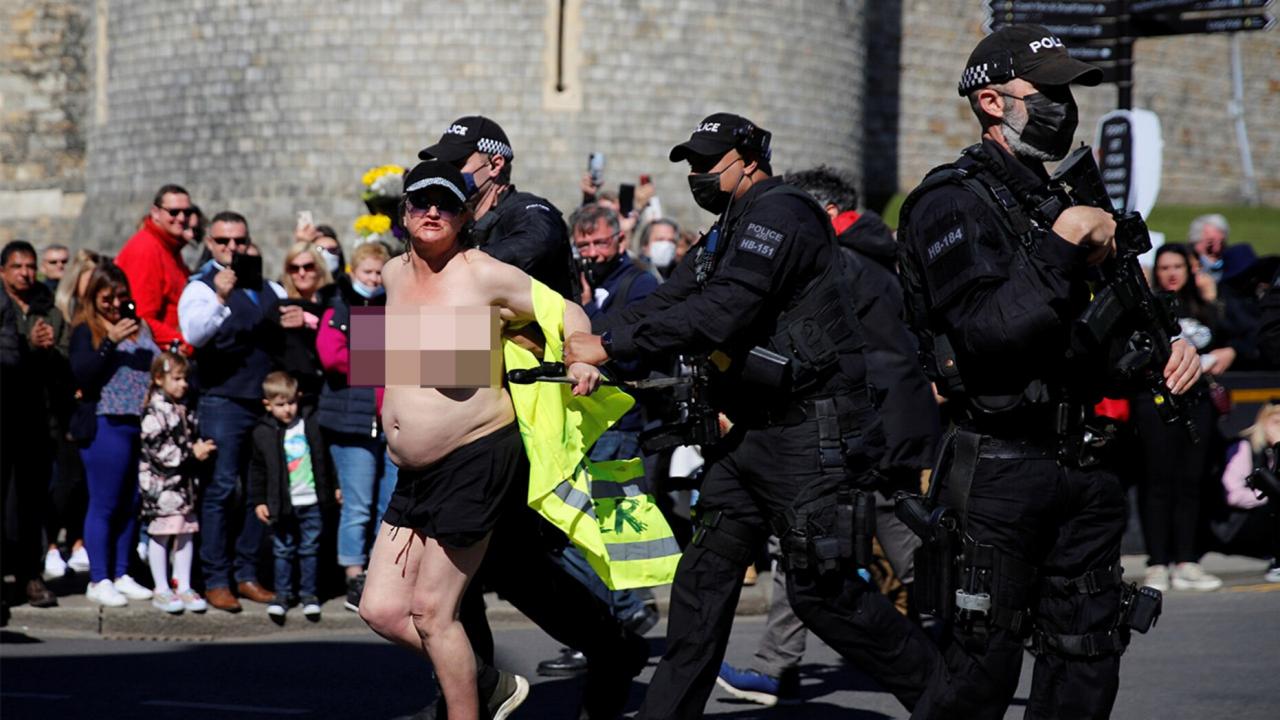 There have been no new updates or information about this story. It is unclear if the woman has been charged. The Thames Valley Police has not made any statements or been reached at this time.

Prince Phillip passed on April 9 at the age of 99. The royal funeral took place at St. George’s Chapel at Windsor Castle.

During the service, Queen Elizabeth II sat alone in St. George's Chapel during the funeral.

Previous WATCH! Husband Sacrifices Himself To Save Wife Being Attacked In The Driveway

Gov. Newsom Compares LA To Third World Country Because Of This Growing Issue

The Queen Takes Everything From Prince Amid Sex Scandal